By Warren McDougald for Dal News

The Honourable Darrell Dexter (BA’79, BEd’83, LLB’87), former premier of Nova Scotia, has been appointed an honorary distinguished fellow at the Dal-hosted MacEachen Institute for Public Policy and Governance. 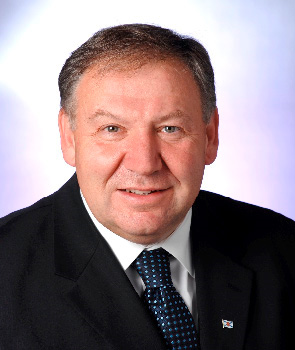 Based at the institute, Dexter (left) will teach students as an adjunct professor in a public policy research course at Dalhousie starting this September. The course will offer graduate students an opportunity to engage in thoughtful discussion, debate key public policy challenges and work on current, real-world policy problems.

“I’m honoured to be recognized in this way,” says Dexter. “I’m also looking forward to teaching the next generation of policy leaders at Dalhousie. In the class, we’ll be exploring important topics like healthcare, Atlantic growth and civic engagement.”

The course will convene as a round table each week and feature a variety of guests including thought leaders, academics, politicians and representatives from non-governmental organizations. Dexter will chair the round tables.

Kevin Quigley, scholarly director of the institute and professor in the School of Public Administration, says the institute is delighted to name Dexter as an honorary distinguished fellow.

“His career demonstrates his passion and commitment for improving Nova Scotia through public service,” says Dr. Quigley. “He also has a vast breadth of knowledge and experience in the world of public policy. Our students will benefit immensely from his unique experiences.”

Born in Halifax, Dexter is a three-time Dalhousie alumnus (BA’79, BEd’83, LLB’87) who also has a Bachelor of Journalism degree from the University of King’s College. He was leader of the Nova Scotia New Democratic Party from 2001 to 2013, and served as the province’s 27th premier from 2009 to 2013. He is currently a vice-chair at Global Public Affairs, Canada’s largest privately-owned government relations firm.

The MacEachen Institute — a nationally focused, non-partisan, interdisciplinary institute at Dalhousie — has also announced its Policy Matters fall speaker series. Each week the institute, in collaboration with the School of Public Administration, will host a 90-minute panel discussion, open to the public and related to one of the institute’s four research themes: civic engagement, Atlantic Canada and the world, health systems, and governance and smart infrastructure. Learn more at the series’ website.